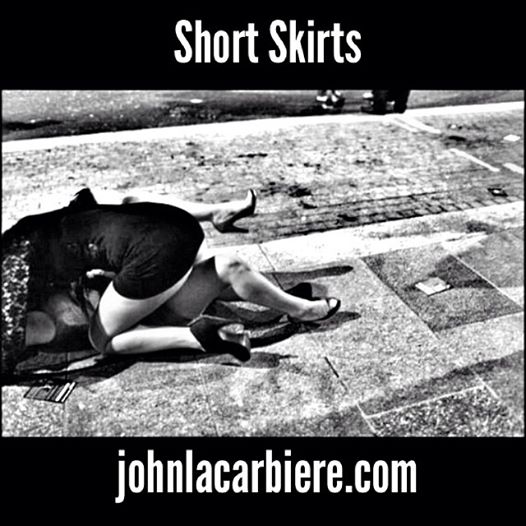 They say she lacks self respect
So why respect her?
That the length of her dress is reason enough to shorten her breath
Bruise her flesh to where not even makeup could cover up what she rarely covers… Since her outer body isn’t a mystery, she’s inviting men (and women) to spray graffiti all over the walls of her inner temple as if she’s an abandoned building
Possibly once one of those abandoned children
Or love has abandoned her
But for now let’s say she’s not
Not even broken or lost
She just likes to dress sexy
So…
Saying No is forbidden…
It’s always yes… I mean… Look at how she’s dressed… She’s asking for it, right?
Like… The victim should find ways to not be a victim
Never mind the system doing a better job with crime and finding ways for criminals not to continuously commit them… This is the world we live in
Nudity is taboo
Sexuality is confused
So cover yourself up or don’t scream rape…
Wait… So there’s levels to being abused
Like a woman loses her choice
If her ass is out
She has no right to fight
If she’s drunk, half dressed, and it’s late at night…
Her voice should be silenced to violence
Cuz she’s been twerking for hours
And you saw her underwear or lack there of in the club
She clearly wanted to hump like she’s getting over a long Wednesday
And sex with a random person would help her forget Thursday
Cuz it’s Friday
You’re dressed nice
You’re with your boys
She’s easy… (So you thought)
So you thought how could this “hoe”
Tell you no… And if she did she really means yes
On some Robin Thicke ish… All you really know is you want it
Reverting back to your animalistic ways
No means no no matter who is saying it…
I don’t care if she’s a prostitute or stripper and you just tipped her
I mean where do some people get off with this false privilege.
And those who say she got what she deserved are worse.
I mean…
Women are being killed, raped, hurt…
Just because of the length of their skirt…